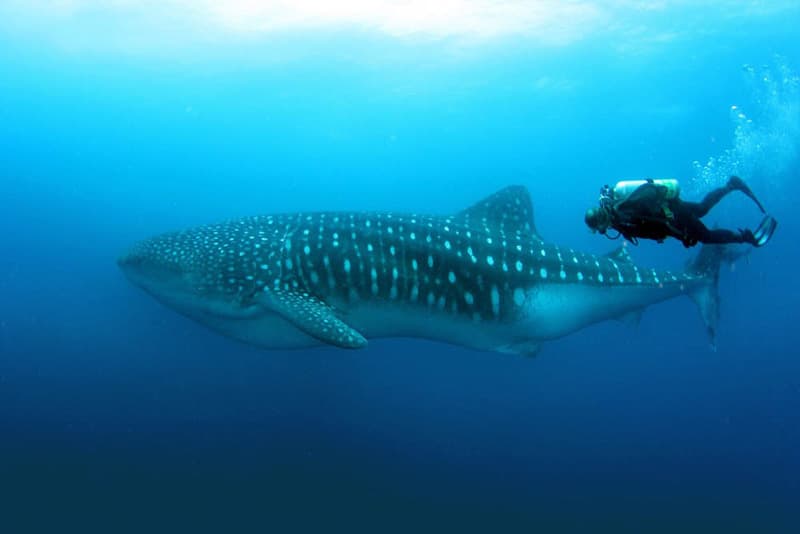 The magic of the Galapagos Islands

Magical! That would be a good word to describe this set of isolated islands of volcanic origin, it
is just their isolation that allowed the development of one of unique animal species, many of the
animals that inhabit the islands are not found anywhere else in the world and act with
indifference toward human beings, here on the islands the animals did not develop instinctive
fear of humans, this is one of the reasons that made the islands an icon of biodiversity. It was
on these geologically young islands and with numerous endemic species that led the naturalist
Charles Darwin to establish his theory of evolution by natural selection.
This archipelago located in the Pacific Ocean, 972 km from the coasts of the Republic of
Ecuador: the archipelago is conformed by thirteen large islands, six medium-sized islands and
215 small-sized islets, its landscapes are a true spectacle of nature. The islands were the
refuge of pirates who approached the Spanish royal fleets for centuries and had always been
involved in the mystery before being inhabited by humans.
The archipelago has beautiful beaches, exciting trails and it is possible to do multiple activities
such as diving, snorkeling, kayaking, hiking, biking and many other activities, all carefully
organized to not alter the fragile ecosystem of the islands.
The Galapagos National Park covers 7,995.4 km2, 97% of the terrestrial area of the islands, in
the other 3% there are human settlements, formed by 3 small cities which has a surprising level
of development, mainly oriented towards prosperous tourism industry.
During the last 2 decades the Galapagos National Park has successfully managed to develop
and manage a tourist environment with high quality services and excellent hotel infrastructure
that is perfectly balanced with nature. Visitors to the Galapagos Islands will enjoy appreciating
one of the few places left on the planet where the human footprint is kept to a minimum.

One thought on “The magic of the Galapagos Islands”

Connect with our expert travel consultants to plan your next trip.

To receive our best monthly deals